I ruptured my ACL. Do I need surgery?

So you've ruptured your Anterior Cruciate Ligament (ACL)? Chances are you did it skiing or playing soccer or oztag or in some other activity that challenged the stability of your knee.

ACL ruptures and the subsequent repair tend to get a lot of coverage in the sports media, mainly because this particular injury can take players out of action for a whole season. At this echelon of sports performance, ACL reconstruction surgeries are performed relatively quickly to try and ensure a rapid return to the field. What I would like to look at is whether this same management is required for those of the general public who tend to play sport as a hobby, rather than as a way of life.

Most of you would probably know that the ACL is a ligament that runs through the middle of the knee. It runs on a diagonal from the tibia to the femur. In specific terms, the function of the ACL is to prevent anterior (forwards) translation (movement) of the tibial relative to the femur as well as providing stability on the rotational plane.

The most common way that the ACL is injured is in non-contact situations or non-contact sports. It normally occurs during sport or activity that required, pivoting, or rapid changes in speed or directions. Most people report a pop followed by the knee giving way when they injure their ACL. The meniscus and the medial collateral ligament are often injured in association with the ACL.

If you suspect you have injured or ruptured our ACL, the first thing you should do is make an appointment with your Physiotherapist! We will assess your knee and send you off for an MRI scan to confirm the injury and look for any other potential damage.

The most important questions that needs to be asked is; “What activity, activities or sports do you want to return to?” If you answer is that you want to return to a high level sport that involved rapid acceleration and deceleration, as well as rapid changes in direction, then seeing a surgeon is recommended. If, on the other hand, you wish to return to a more social level of sport, or just walking, running or other activities that occur in a relatively ‘straight line' then non-surgical management is well worth considering.

Frobell et al in 2013  conducted a randomised controlled trial on the treatment of an acute ACL tear in an active population and followed it up for five years. They compared two below groups:

They found that early ACL reconstruction and rehabilitation did not have any better results at the five year follow-up than the other group. It is worth also noting that just over fifty percent of the patients in the second group ended up having the delayed reconstruction.

Time to return to the patient's chosen sport or activity is also something that needs considering.

Rehabilitation time following an ACL repair surgery is normally around 9-12 months. If you are considering conservative management then the rehab time is the same as if you had surgery (9-12 months). In both cases, rehabilitation focuses on knee movement, strength and stability, as well as strength and stability of the hip, foot and ankle. If the conservative approach doesn't stop the instability around the knee, then at least you are heading into surgery with a much stronger knee. Generally, the better you head into surgery, the better you will come out of it and you may even shave some time off the rehab.

Another factor worth considering is the risk of osteoarthritic changes in the knee. This does need more research but currently according to a study done by Wellsandt et al 2018 there was no significant difference (at the five year follow up period) in the presence of knee osteoarthritis between the group who underwent surgery and the group who underwent conservative management.

For more information on the types of grafts that can be used during ACL repair surgery, click here.

For more information about other circumstances whether knee surgery may or may not be required, click here.

To make an appointment with one of our physiotherapist go to www.physioinqnepean.com.au 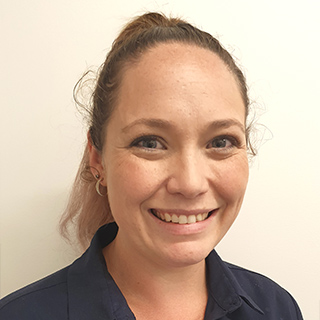